Since Lenger’s detection of magnetic photons in homeopathic remedies by magnetic resonance the mystery of homeopathy comes to a solution. Homeopathy is a regulation therapy curing hypo- and hyper-functions of pathological pathways. It reacts according to the principle of resonance. The fundamental principles of homeopathy as proving, symptom picture, curing according to the Law of Similars and the production of homeopathic remedies over the Avogadro number by repeated dilution and succussion are explained to have the same frequencies so that the resonance principle can work. Pathological pathways are cured by using their highly potentized substrates, inhibitors and enzymes, given daily or each second day. This is in contradiction to the normal applied homeopathy. The efficacy of homeopathy now has a scientific base and is completely explained by applying biochemical and biophysical laws.

Photons detected by magnetic resonance are efficacious in homeopathy: a critical review 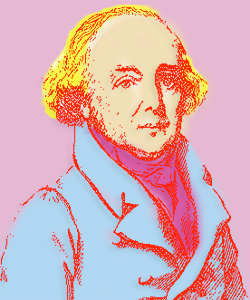 Homeopathy, a complementary healing method to cure body and mind, was founded by Samuel Hahnemann (1755–1843). He produced highly potentised remedies from minerals, plants, venoms or animals, and succussed them 10 times after every dilution step. From the exceeded Avogadro constant, it had been clarified that there were no molecules left in the highly diluted solutions. According to Hahnemann’s Law of Similars (similia similibus curentur), patients had been cured administering minute doses of a remedy.
According to this principle, the symptoms produced by any substance on a group of healthy individuals are similar to those in a sick person by application of the same substance, which is then used in high dilution. The actual reason of healing in the patients could not be found: whether it is patient’s belief or an energy. Many trials had been carried out, although no conditions to start an experiment that was reproducible. After the detection of photons in homeopathic remedies by Lenger, a new thinking cussed in this critical review. Finally, a biochemical and biophysical model of homeopathic function is discussed.

Improving availability of medicinal products in the EU

Recent surveys in France, Czech Republic, Spain, Italy, Germany and Belgium, among others, show a growing demand of citizens for CAM healthcare provision, not only in general practice, but also for specialists in hospitals and in pharmacies. This increasingly brings into question the offer from healthcare providers and products.

The European institutions have already taken an interest in topics such as health inequalities and cross border; they are now interested in knowing more about the availability of medicinal products for citizens and prescribers.

In 2007, the Heads of Medicines Agencies (HMA) identified a number of availability concerns which they published in a report Availability of Human Medicinal Products.

More recently, in 2011, the European Parliament published a study Differences in costs of and access to pharmaceutical products in the EU. 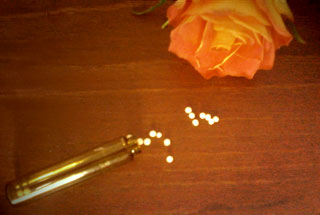 Mrs Dagmar Roth Behrendt MEP, former Vice President of the European Parliament, said “Homeopathic and anthroposophic medicines are successfully used by over 100 million citizens in the EU, yet inappropriate regulation is severely restricting their availability across Europe. It is time for the EU institutions to take action to create a harmonised and workable legal and regulatory environment for these products in order to meet the legitimate demands of patients and prescribers across the EU.”

The European Union is the major world producer of homeopathic and anthroposophic medicinal products. The industry for these products represents 1% of the European pharmaceutical market and 7% of the European non-prescription market (In 2005 this was equal to €1 771 million at consumer prices).

Severe over-regulation in this field means that the goals of harmonization and free circulation of homeopathic medicinal products, the intention of the original legislation for these products in 1992, are still far from being achieved. Many categories of homeopathic and anthroposophic medicines are excluded and due to the divergent legal and regulatory approaches in the 27 EU Member States, European citizens are confronted with differing products and in many cases, lack of availability.

Ex-ECHAMP President, Mr Nand De Herdt has described the situation four years ago faced by this industry: “The global know-how on this category of medicinal products is in the European Union, including production sites working to the highest standards of manufacture, and we urgently wish to maintain this position of world leadership. This industry needs a proportionate and workable legal and regulatory environment in order to keep these safe medicinal products available for the whole world as well as for the 100 million users in the EU. This request is totally in line with the Lisbon strategy.”

He went on to describe the restrictions faced by the industry: “Homeopathic and anthroposophic medicines are safe, but over-regulation means that many safe products are excluded from the market; they are manufactured to the highest quality standards - but inappropriate quality assessment criteria mean that products which have been safely on the market for many years are rejected for registration or authorisation; they have been successfully used by patients in Europe for up to two hundred years – but manufacturers may not include their traditional and well-known indications for self- medication on the label.”

The meeting has been also joined by Laurette Onkelinx, Belgian Vice-Prime Minister and Minister for Social Affairs and Public Health, Mrs Irene Sacristan Sanchez, Deputy Head of the Pharmaceuticals Unit from DG Enterprise and Industry of the European Commission, Mr Paul Lannoye, former MEP and rapporteur for the 1997 European Parliament Resolution on the status of non-conventional medicine, Dr Emiel van Galen, Head of Unit of the Dutch Agency of Medicines Evaluation Board and Chair of the Homeopathic Medicinal Products Working Group and Dr Wolfgang Weidenhammer, co-ordinator of the Commission–funded CAMbrella project 2009-2012.

Four years later:
EU legislation for homeopathic and anthroposophic medicines is still not fit for purpose…..
(This text was transferred into August 2013 and taken from a ECHAMP Press Release).

By Dr. Mathias Schmidt, Leader of the Scientific Board (ANME)

The proposed guideline on the assessment of genotoxic constituents in herbal substances and herbal preparations may, if applied the way it is proposed, constitute a very high burden for the sector of traditional herbal medicinal products.

The guideline is based on the assumption that generally the absence of a hazard cannot be demonstrated by long-term experience, thus every single plant is suspicious until proven non-genotoxic with adequate experimental data. However, the requirement for genotoxicity testing should not be based on hypothetical considerations, but be restricted to cases where there is a reason for concern, either through observations related to the use of the preparation, or, in some cases, through data related to relevant constituents of the herbal substance, herbal preparation or combinations therefrom.

Even in cases where the decision is taken to undergo genotoxicity testing, the described sequence may not be adequate. As mentioned in the guideline, phytochemicals such as quercetin, but also many flavonoids give false-positive results in the AMES test. In cases where the necessity to proceed to step 2 can already be expected from the content of flavonoids, the mandatory testing in step 1 may be considered useless. Regulatory options should be introduced for such cases, allowing to start testing at a later step of the testing sequence.

In the following, some passages of the guideline are commented in more details: