CAM in EUROPEThemesHerbalsTraditional Herbal Medicinal Products in Europe and the World 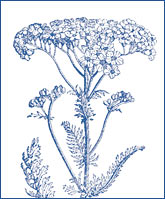 From 30 September to 2 October the symposium “TradeReg 2013: Regulation of Herbal and Traditional Medicinal Products – European and global strategies” took place in Bonn (Germany). During this three-day-symposium the regulatory approaches were presented for Europe and beyond the EU borders: there were, for example, presentations on the regulatory situation of herbal medicinal products in Brazil, Japan, Canada or the United States of America.

Of course, a major emphasis went to the collected experience with the registration of traditional herbal medicinal products in Europe.In view of the current European situation many participants had hoped for answers to pressing questions, especially with respect to the transfer of unregulated food supplements to the market segment of regulated traditional medicinal products. This hope was, however, deceived: ultimately the messages gave more information on what is not possible than aids to the question how manufacturers of food supplements could make practical use the so-called facilitated registration.

Registration figures seem to support an optimistic view, as long as one does not look behind the scenes. Like a mantra the figures of registrations in Europe were repeated, figures giving Germany a leading role in the number of granted registrations. Pity that no one seems to question why practically all of these registrations concern products, which already had a German marketing authorisation, and which were forced to switch from the system of marketing authorisation according to §105 of the German drug legislation (Arzneimittelgesetz, AMG) to the traditional registration according to §39a AMG.

And apparently approximately 50 % of these products established on the German market did not stand a chance for registration. The fact that preparations with identical composition and indication are treated quite differently in various EU member states was also hardly discussed.